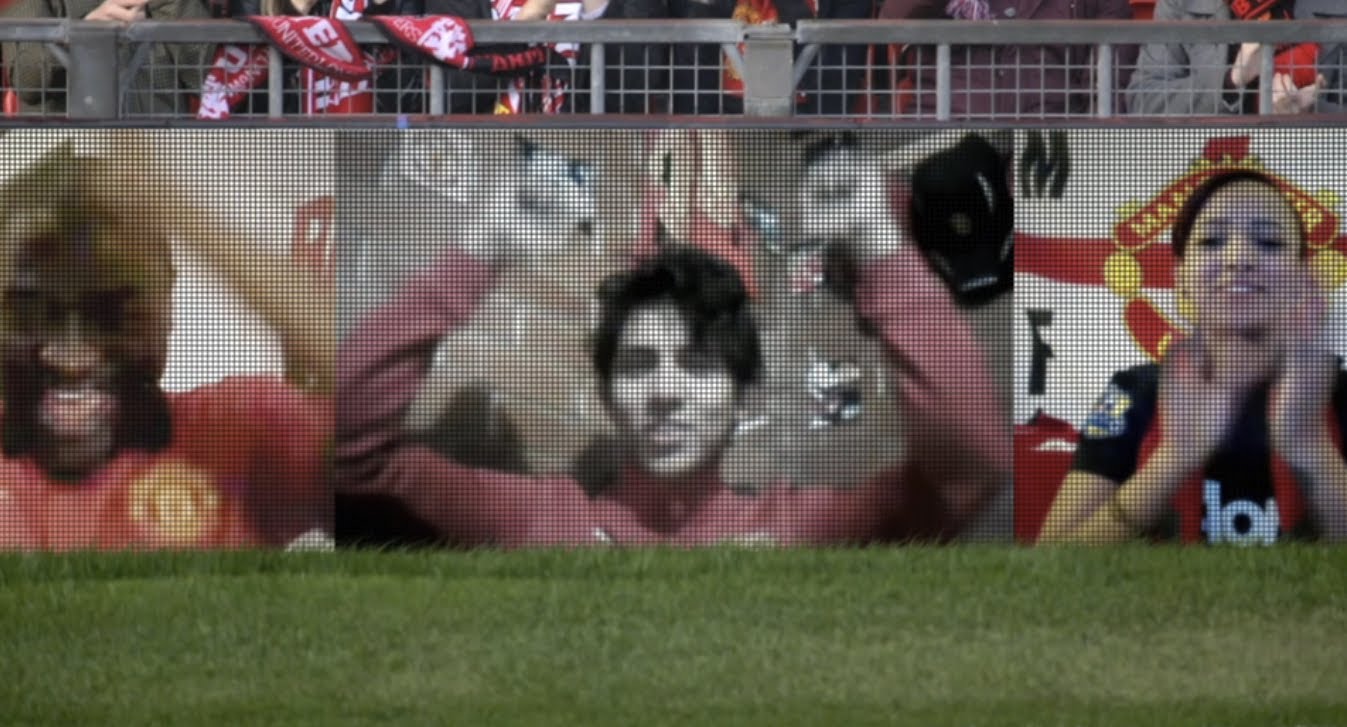 Sports have never been more popular and the costs with associating your brand with your sport of choice is also rising at unprecedented levels. One of the most cost effective solutions for brands looking for alignment at sports events, is advertising on pitch-side LED advertising boards. Not only does this give you TV exposure at a fraction of the cost, however, it also provides you an opportunity to stand out from the crowd with an innovative LED video. This article looks at some of the more innovative ways teams and brands have come together to boost the impact and exposure of pitch-side LED advertising.

When you’re a club the size of Manchester United it’s reasonable to say that the majority of your fans will never get the chance to set foot inside the storied halls of Old Trafford. Leave it to England’s biggest club to partner with Google to bring fans from across the globe to the stadium without them leaving their homes. 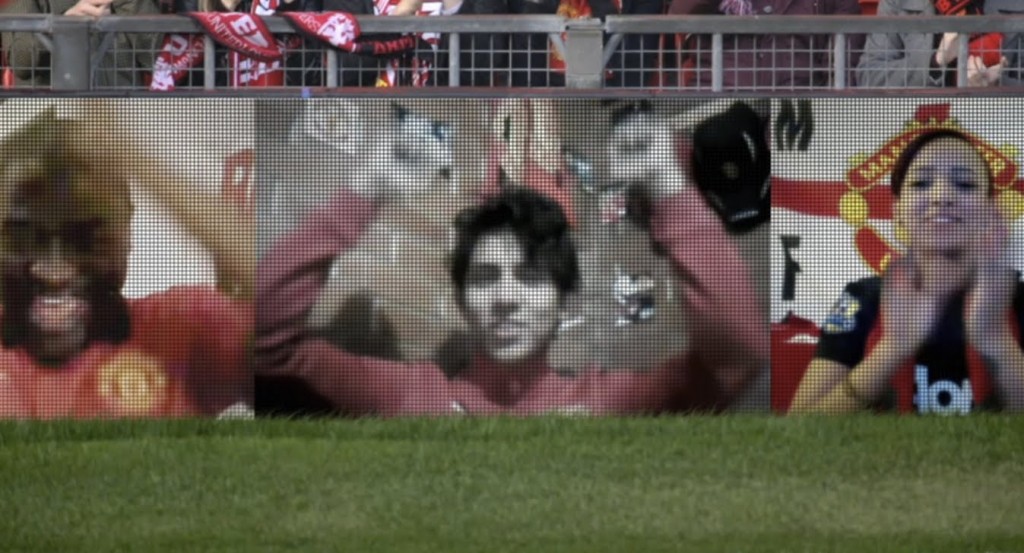 The club hosted a google hangout on its pitch side LED screens and showed fans around world what it’s like to be in the front row of their favorite stadium. The ad was accompanied by social media campaign and video which was uploaded to YouTube. It struck a chord with many united fans, it was also a great way for the club to acknowledge its legions of overseas fans who can’t afford to travel to England. The campaign promoted fan engagement and attempted to let fans know that it appreciates their help. United did however go on to lose the game three nil, its the thought that counts do.

Throughout the 2013/14 season Southampton FC upped their fan engagement by picking the best tweets sent from their fans during a game and displaying them on their pitch side advertising boards. The idea is short and sweet, but it received huge mentions. 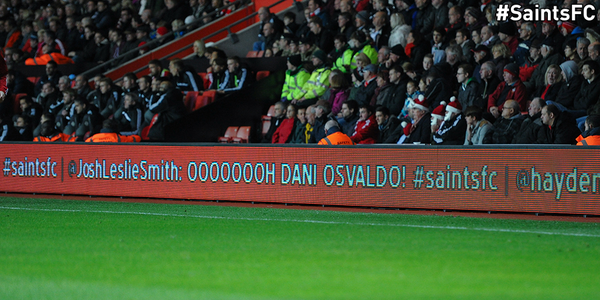 Southampton showed that simple yet effective fan engagement can resonate with fans and make them feel like they’re a bigger part of the match day experience.

Some Irish football fans may have been a bit surprised to see a home grown brands logo plastered across the pitches at the 2014 World Cup. In fact the brand is owned by Brazilian company Marfrig, The deal was signed before the 2010 world cup and gave Marfrig rights to pitch side advertising across the World Cup. 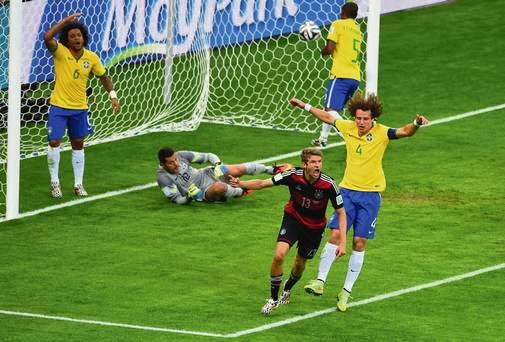 The pitch side billboards however also told the story of the games they were being shown at. The boards were designed so that if a team from south America was leading Marfrig would be displayed. While Moy Park would display should a European team lead. The company was clever in its use of targeting specific regions and was emblazoned across the side of the pitch for Messi’s first goal of the world cup goal of the tournament. Not bad Marfrig, not bad.

The English team may have high profile stars such as Wayne Rooney gracing their lineup but that only makes them a much bigger target for advertisers. Rooney himself was the victim of a campaign by Teletext Holidays, the company ran an advertisement during the England and Brazil friendly match in 2013. 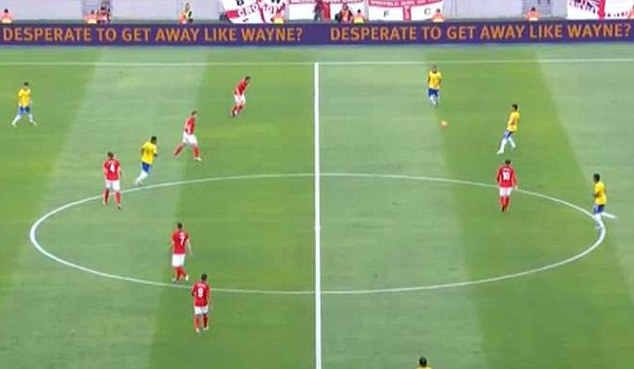 The ad read “Desperate to get away like Wayne?” it follow mounting speculation over Rooney’s future when it was announced David Moyes would take over from Sir Alex Ferguson. The ad attracted decent media attention in the UK and was helped by the act that Rooney scored in the the 2-2 draw.
This was not the first time England made for easy targets, during the replay of England’s qualifier against Poland all the way back in 2012. The original tie had been postponed due to heavy rain, as the match wore on an advertisement displayed on the pitch-side advertising boards read “With a roof that closes in 19 seconds.” The advertisement by Vauxhall made reference to their new Cascada range of convertibles. The ad hit all the marks for timeliness and tongue in cheek humour, it proved a welcome change from the typical straight laced ads which are more common at such events. 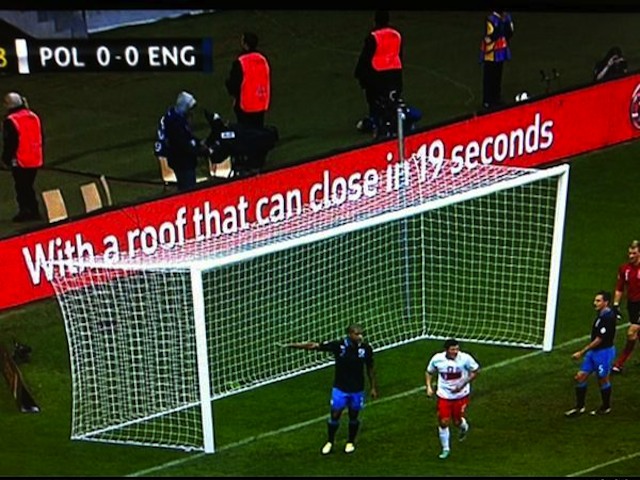 Not all advertising has to be innovative and new, something the classic billboard with a simple name on it is enough to work. 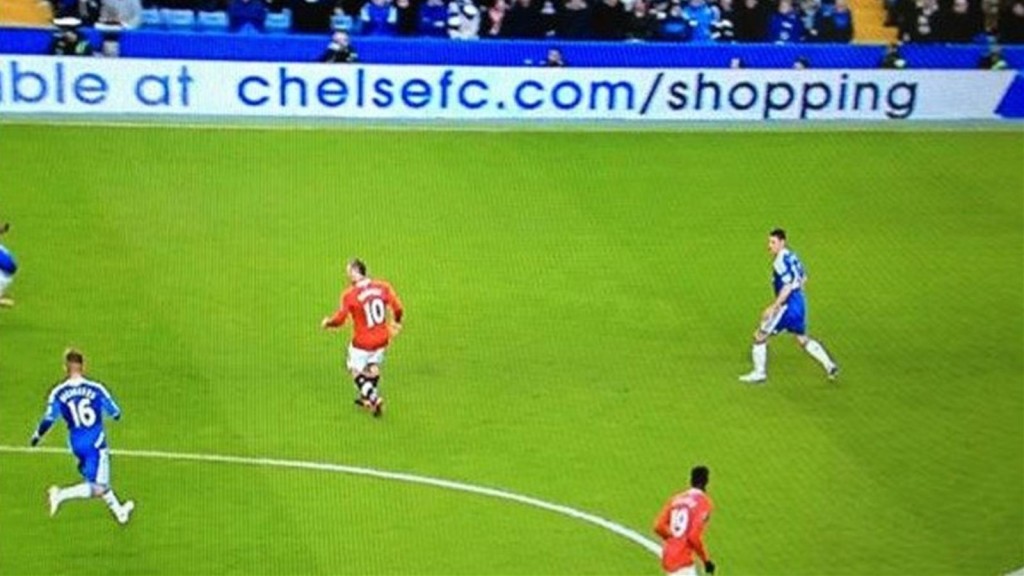 Just make sure you spell your own name right!