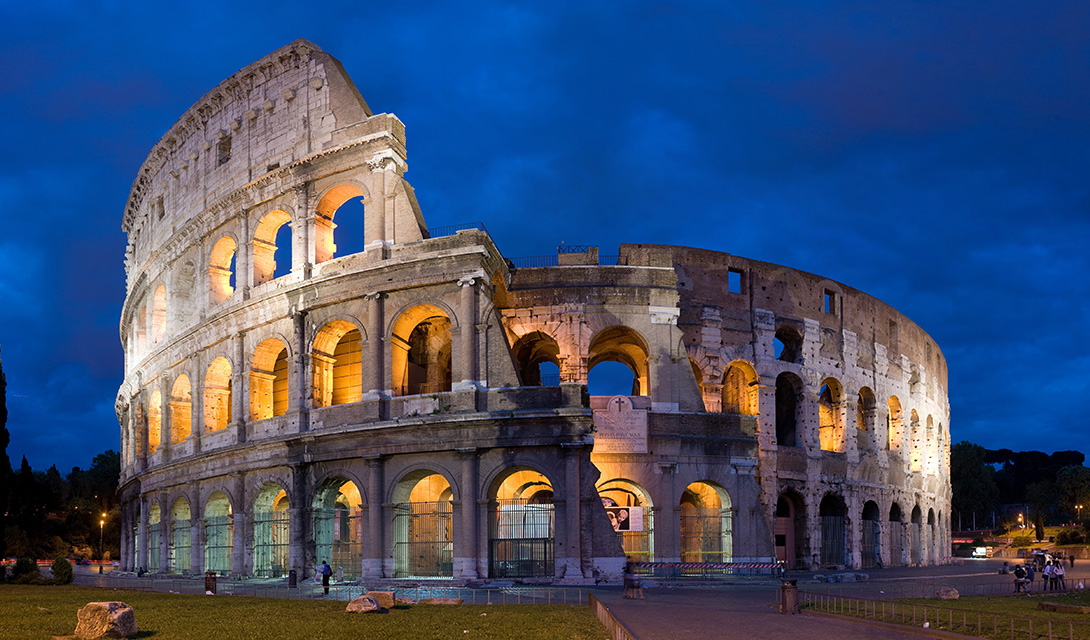 IRFU: Engaging Fans All the Way to Rome

IRFU: Engaging Fans All the Way to Rome 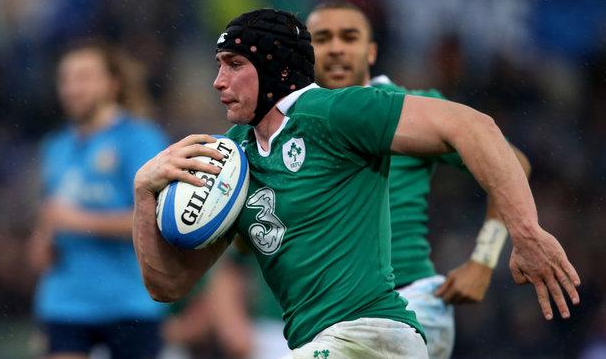 The Irish Rugby team came through a tough opening encounter away to Italy on February 7th, eventually coming out on top in a tricky opening fixture against a side who are becoming ever-more difficult to beat on home soil. There was plenty of expectation on Irish shoulders leading up to the game, and the IRFU’s digital campaign helped generate a real community feel for those making the trip to the Eternal City for the weekend.

Pre-match interviews with Jack McGrath and Simon Zebo helped to generate discussion about where strengths and weaknesses lay, and what to expect from the game. Links to these well-written interviews brought fans to the IRFU website from social media, and many fans would be likely to continue browsing the site once they had entered. Joe Schmidt’s selection was a topic of discussion around the country for the entire week, and needless to say, it was a hot topic on Twitter as well; #Sean O’Brien, #ITAvIRE and #(Tommy) O’Donnell were all trending in Ireland during the game, as well as #AllitTakes – a new hashtag used by official sponsors 3 Mobile relating to the Irish side. It always bodes well when sponsors come to the fore in this manner, as it suggests that they are getting a good return on their investment in the team.

As ever, there are challenges and opportunities involved in leading a social media campaign when your side is playing on foreign soil, and perhaps the best way to manage it is simply to let the fans lead the way. On this occasion, the IRFU really excelled. Supporters were encouraged to share their experiences via Twitter, using the long-established hashtag #ShouldertoShoulder. 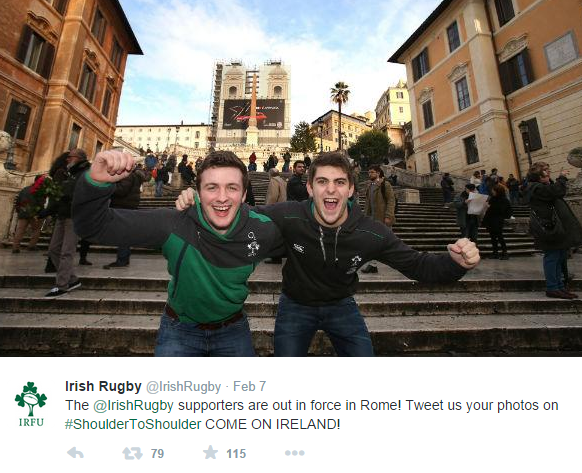 There was a great response to this initiative, and the photos really helped give a sense of the atmosphere in the run-up to the game. Fan-generated content such as this really allows supporters to feel part of the occasion, and helps put the spotlight on those most fervent of fans who are prepared to travel long distances to see their side in action. 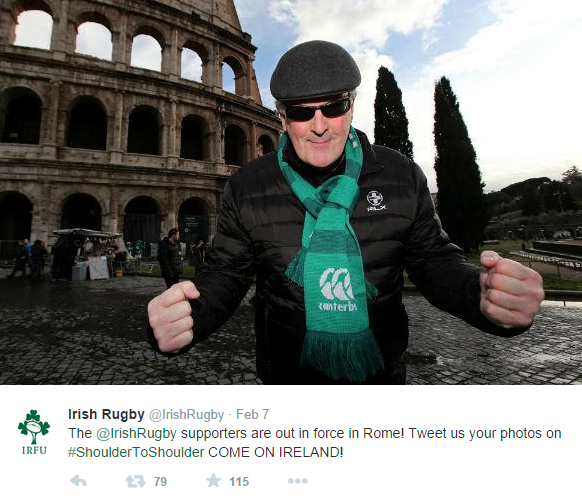 The IRFU also set up a Match Day Live blog for those watching at home to engage with; this is another great move because it adds value to “Second Screen” viewers, who can access content that they could not find on television. These innovations set the IRFU apart in the digital world, and they appear to be fully aware of how a good digital campaign can be a huge benefit for themselves, the fans, and sponsors alike. The IRFU proved last weekend that even though a social media campaign can be easier on home turf, there are plenty of other ways to get fans involved in the match-day experience, regardless of where it is taking place.

For a more comprehensive look at the IRFU’s Social Media activity, download our E-Book that takes a look back at 2014 and the lessons learned for 2015: Check it out at this link: http://sway.ie/irfusocial/ 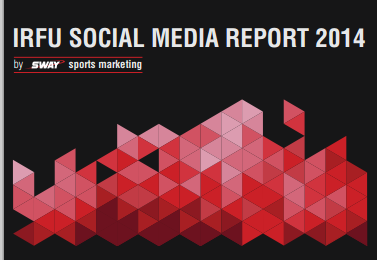