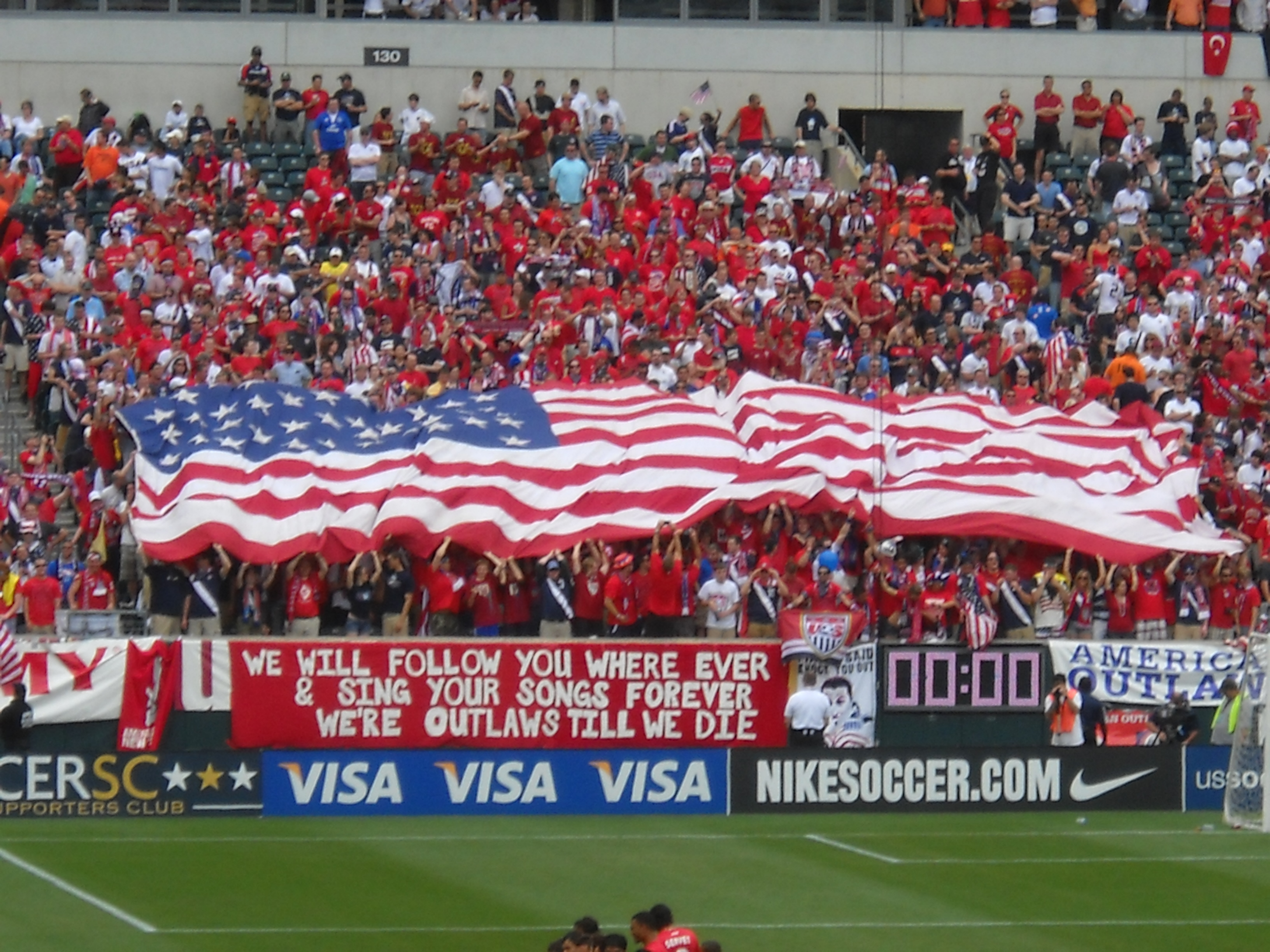 The premier league has a religious following in its native UK market, the recent signing of its new £5.163 billion domestic TV rights deal only accentuating this fact, but how does this affect international exposure? NBC currently holds the rights to broadcast games in the U.S, having prized them away from Fox and ESPN before the beginning of the 2013/14 season began with a $250 million bid.

The league exposure that NBC has granted the league has helped it extend its reach into more American homes than ever before and this increase in popularity is one of the main reasons why NBC is expected to have a fight on its hands to retain broadcast rights!

In fact, the “Manchester Derby” between Manchester City and Manchester United ranks as NBCSN’s most-watched telecast since the Stanley Cup Final in June, and delivered cable’s second most-watched Premier League telecast on record with 852,000 viewers. Viewing of the match peaked from 11:30 a.m.-11:45 a.m. with more than 1 million viewers!

NBC`s current deal runs out at the end of the 2015/16 season, the $250 million deal looks sure to increase given the record breaking UK deal. Depending on certain factors a rising cost in this deal could prove beneficial to MLS outfits. Its new found popularity could see rival networks such as ESPN and FOX Sports challenge NBC through domestic broadcasts. NBC broadcasts games primarily through NBC and NBCSN channels, when the rights originally passed from Fox and ESPN to NBC viewership rose by 114% in a single season. The following year seen another 9% increase in growth, NBC has shown with the right marketing and a focus on educating viewers to the nuances of the sport massive growth is achievable in an extraordinarily short time frame.

Are you interested in discussing advertising opportunities at EPL games for 2016-2019 seasons?

Register your interest here and a consultant will contact you directly: http://sway.co.uk/english-premier-league-advertising-for-united-states/

A telling factor in the development of the league was revealed in ESPN`s Sports Poll Annual Report from 2014. The poll showed that 18% of children aged between 12-17 described themselves as avid fans of the sport. A figure which equals that of MLB, one of America’s “big four.” The 2012 version of the same poll found soccer to be the second most popular sport between ages 12-24.

Again NBC`s partnership has been extremely beneficial when one takes their style into account. Rather than going for token ex players who often provide little more than a name NBC decided on Rebecca Lowe as their face of their coverage, a former presenter across multiple football shows from the BBC to ESPN. They coverage provided by NBC attempted to inform and educate, it capitalised on its younger audience and nurtured their knowledge. The numbers speak for themselves, 479,000 average viewers per game over the course of a season is nothing to be sniffed at when you compare it to Fox/ESPN and the 220,000 viewers of two seasons ago.

Reason 4: The growth of Soccer as a marketable investment

What this report essentially shows is that an interest in football at a grassroots level is becoming hugely popular in the US. Targeting specific foreign leagues is now a viable source of advertising for US based companies who can now target worldwide and domestic markets with one advertisement. This also sets up a huge potential market place in the coming years, however long term this may depend on whether the Premier league cans stay ahead of the MLS in terms of marketability.

What does this mean for potential investors and sponsorship? Multinational companies have already begun to take notice of the potential of advertising in the premier league. General Motors advertise their Chevrolet brand on the front of Manchester United’s jerseys. The deal, a seven year contract signed in 2012, only came into effect before the start of the 2014/15 season and will net the club £47 million a year. Essentially this shows big companies already taking and developing a huge interest in the premier league, it proves the power in attracting these brands and the importance of  interlinking their name with these global powerhouse teams.  Manchester United may be the most recognizable team but the competitiveness of the league coupled with Manchester United`s failure to win it over the past two seasons make this the ideal time for the likes of Chelsea, Arsenal and Manchester City to try secure big name sponsors while the have a competitive advantage on the pitch. Success from sponsors comes from winning leagues and titles, associating with champions helps develops an image of these companies as winners, no sponsor wants to be seen as second place.

For US companies looking to get the level of exposure they need on the American market – US Sports just doesn’t make sense. The maturity of the MLB, NFL and NBA excludes all but the most significant of sponsorship investors.

For the EPL – the potential is there for smaller US based companies to invest as well, and get exposure in the US that would otherwise cost a fortune. For example, the majority of jersey sponsors range from the comparatively low £750,000 to endorse Crystal Palace to £5 million a year for the likes of Everton, Aston Villa and Sunderland. The average premier league game is thought to be watched by roughly 12 million people across the globe.

This opens up a massive opportunity for sponsors. The cost of advertising on the front of MLS jerseys is comparable to smaller premier league clubs. LA Galaxy`s current deal with Herbalife is worth $4.4 million a year over a ten year period, the whole cost of this deal is less than what Manchester United will make in a year, however this deal is comparable to mid table clubs such as the previously mentioned Everton as well as the likes of Swansea and Stoke. Although these clubs may never reach the upper echelons of the premier league they are still subject to huge levels of exposure associated with the league itself. This essentially makes them a more attractive as their return on investment can often be much greater due to the leagues global recognition.

LED advertising panels around the pitch are easy ways for advertising to be seen for the full duration of the game.Usually based on yearly rates the true value of advertising at smaller venues comes into play when visited by the premier league’s big clubs. Manchester United, Liverpool, Arsenal and Chelsea all have huge followings glued to every game. Using Crystal Palace as an example, their shirt sponsor is guaranteed at least 180 minutes a season where their name is distributed to a global audience of over 12 million people.

Companies often have the option to advertise at specific games, targeting smaller club’s home fixtures against these global heavyweights can leverage the return on investment heavily into a sponsors favor. The price of advertising on TV can easily run to over $100,000 for a 30 second spot, a sponsor can now promote themselves through the product which is being broadcast and reap greater rewards by eliminating those viewers who flick channels during the ads.

Are you interested in discussing advertising opportunities at EPL games for 2016-2019 seasons?

Register your interest here and a consultant will contact you directly: http://sway.co.uk/english-premier-league-advertising-for-united-states/